I have been going down the oscilloscope music rabbit hole, and I saw that there is an experimental feature in oscilloscope that allows for a Z channel to be run through the software for blanking, which I know isn’t “officially” supported, but it still a very cool feature! I have been doing all of my oscilloscope artwork in software simply because I don’t have an expensive audio card with DC offset (yet) to play the sound through an oscilloscope.

I was playing with the REWEREHERE software, which takes advantage of the Z channel, and so I recorded all 3 channels in mono in Ableton, and through research, found that Audacity had the capability to export a .WAV file with a custom number of channels, so I exported a 3 channel (X,Y,Z) .WAV file with my fingers crossed that Oscilloscope would recognize it, but alas, it did not (It recognized X and Y only).

I know that Oscilloscope isn’t paid software, so it’s not really my place to beg for that feature, but would it be a difficult feature to implement? It’s halfway there already through the microphone implementation. I would love to be able to render out oscilloscopes using the Z Channel blanking feature!

Through some google searching I came across this

changed 6 files with 129 additions and 48 deletions.

It appears the feature already exists, but I can’t figure out how to use it properly. Could I get some guidance on how to achieve this? It would be greatly appreciated! 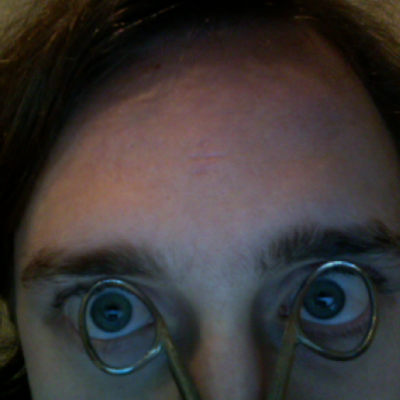 Oscilloscope for Mac/Windows written in OF. . Contribute to kritzikratzi/Oscilloscope development by creating an account on GitHub.

And I didn’t see the button, but I got it working!

Feel free to delete this thread, or leave it up for others. Sorry to pollute the board.

no worries, glad you figured it out!